Wizkid The Big Starboy We All Know In Africa 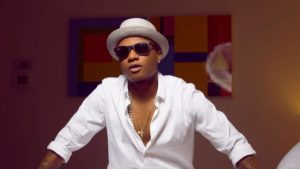 Wizkid although started this music journey with his group of friends in church at that time they released a music project. Sooner or later the music group he formed crashed.

In 2008, he met with now late producer, OJB who prevented him from recording a studio song for a year. OJB later went to his home to plead with his parents to allow him make music. While being close to OJB, Wizkid watched then biggest artist like 2Baba, Sound Sultan record their music projects in OJB’s studios.

Wizkid was mentored and coached by then popular rapper, Naeto C.

Wiz for sometime was a studio rat. In 2009, the door finally opened for him. He inked a recording deal with Bankole Wellington a.k.a Banky W’s Empire Mates Entertainment after he co-wrote “Omoge You Too Much”, a song from Banky W.’s [i]The W Experience[/i] album.

Way before the deal happened, Wizkid worked with Naeto C, Ikechukwu and M.I while developing his craft. He then dropped out of Lagos State University and got admitted to Lead City University but later left after completing two sessions.

In 2010, he dropped his debut song which later turned to a massive hit under Empire Mates Entertainment, “Holla At Your Boy. That song later bagged him the highly covered Next Rated award at that year’s Headies Award.